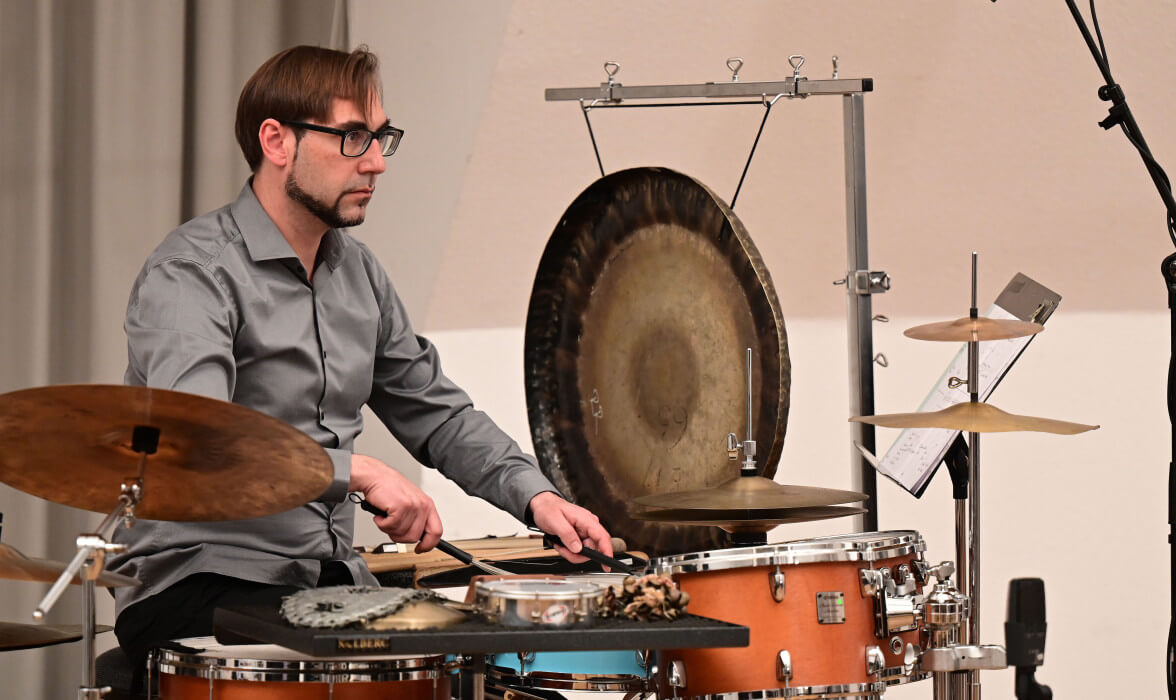 A native of Munich, David Haller discovered his passion for percussion at the age of four. He played in various bands and percussion ensembles during his school days. Starting in 1994, he studied percussion with Adel Shalaby at the Richard Strauss Conservatory in Munich. He subsequently continued his studies with Peter Sadlo at the Munich Academy of Music and Theatre, where he graduated from the master class in 2002. During his studies, he successfully participated in several competitions and won the first prize of the Sparkasse München’s Culture Award. He also participated in the ›Live Music Now‹ programme of the Yehudi Menuhin Foundation during this period.

He has recorded film music (for Bavaria Film Studios and arte, among others) and audio plays (for HR and SWR) and has played in theatre productions (at the Berliner Ensemble and the Prinzregententheater in Munich, among others), but has also been part of electronic music and jazz productions.

Even as a student, his fascination with contemporary music led him to engage in numerous cooperations with national and international ensembles, for example Musikfabrik Köln, the Steve Reich Ensemble, KNM Berlin, Ensemble Resonanz, but also with education programmes focusing on contemporary music in cooperation with the Berlin Philharmonic and Konzerthaus Berlin. Since 2000 he has been a regular guest performer of Ensemble Modern, appearing both as an instrumentalist and in education projects. David Haller became a member of Ensemble Modern in Frankfurt in July 2019.