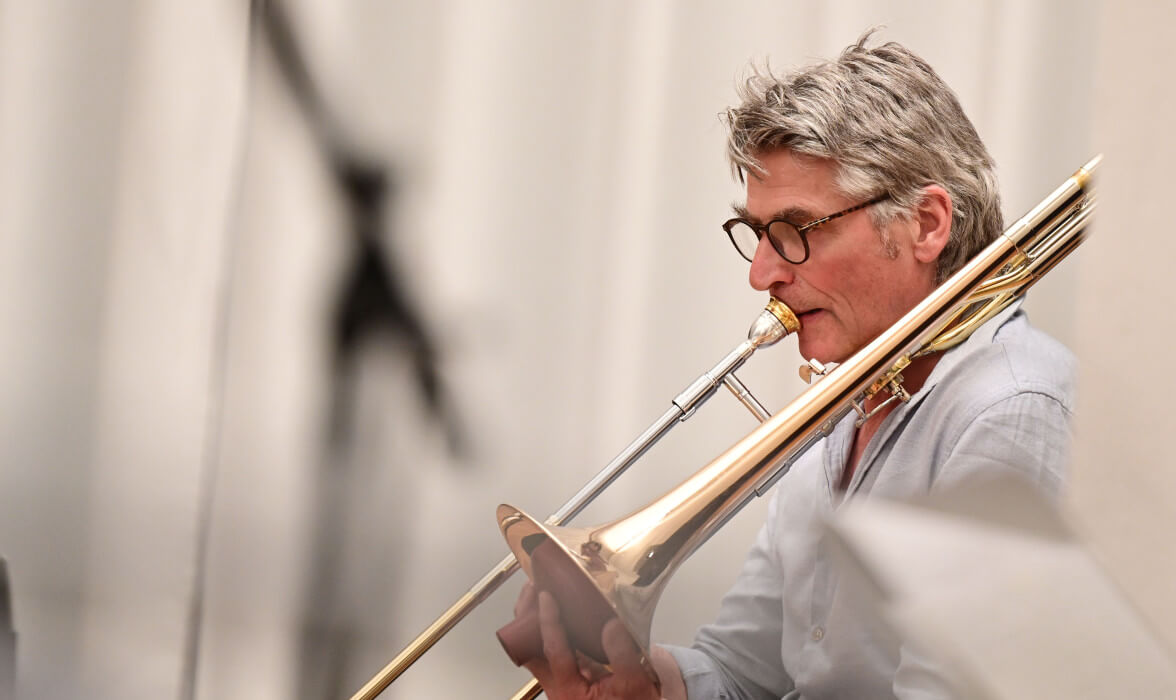 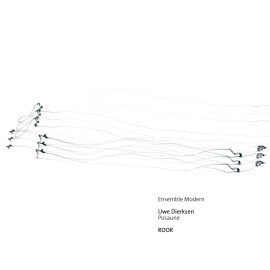 Uwe Dierksen, born in Hanover in 1959, studied trombone performance in Hanover, Hamburg and London before becoming a trombonist with the Ensemble Modern in 1983. Since then, he has collaborated with many internationally renowned musicians, composers and conductors. He has performed numerous pieces composed exclusively for him. He recorded more than 20 CDs, one-third of which feature him as soloist. Ensemble Modern Medien released his double portrait CD ›ROOR‹ in 2011.

For many years he has worked intensively in the fields of cultural education in schools and universities. He gives seminars for the Altana Cultural Foundation, at the Polytechnical Society and the Hessian Ministry of Science and the Arts.

For ZDF/Arte and the Murnau Foundation, he regularly writes film scores, especially for silent films, as well as incidental music and music for industrial films. He is artistic director and composer of the silent film revue ›Welcome to American Vaudeville‹ at the Komische Oper Berlin as well as the cinema cabaret evening ›Mainhatta‹ at the Frankfurt Opera. In August 2018 the world premiere of his newly-composed silent film score for ›Der Geiger von Florenz‹ took place at the UFA Filmnächte on Berlin’s Museum Island – commissioned by ZDF/Arte and the Bertelsmann Foundation. 2019 saw the highly successful world premiere of his opera ›MINA‹ at the Frankfurt Opera.

The world premiere of his new film music for the silent film ›Menschen am Sonntag‹ by Kurt Siodmak and Billie Wilder is scheduled for October 2021 at the Rudolf-Oetker-Halle in Bielefeld.