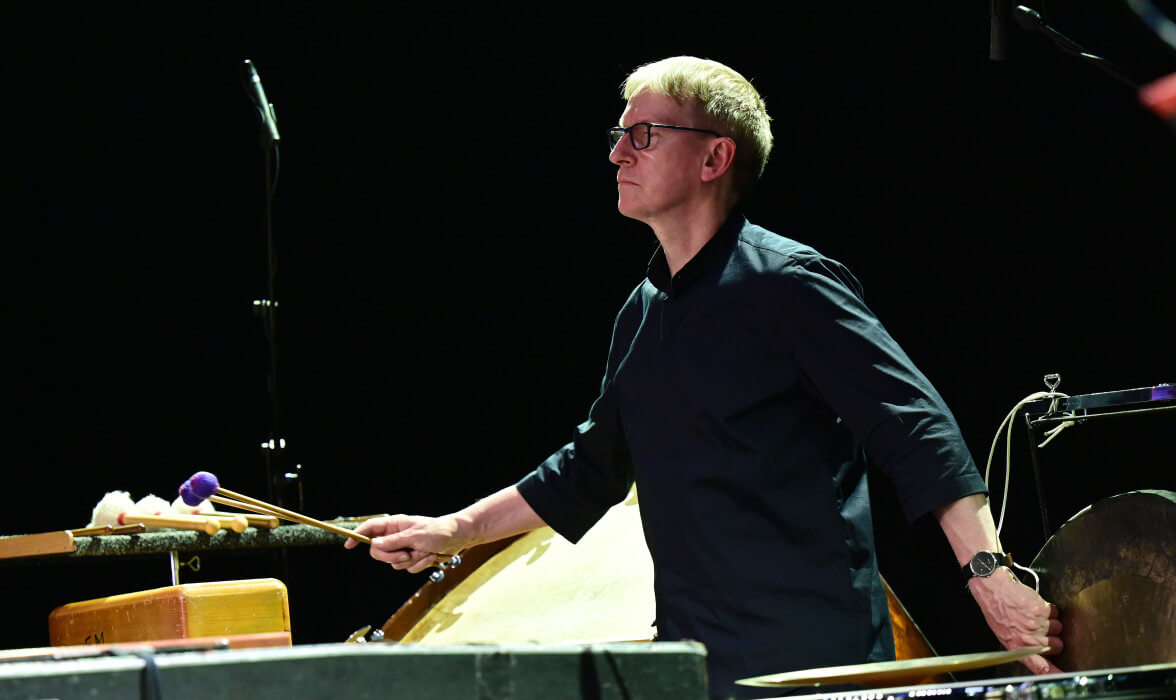 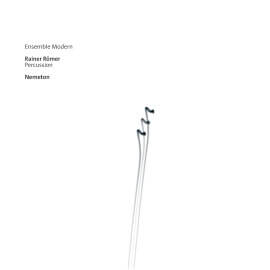 Percussionist Rainer Römer was born in 1956 in Würzburg. Rainer Römer already played in several jazz and rock formations before studying at the Music Academy in Würzburg from 1974 to 1980. Together with the Würzburger Percussion Quartet he was an award winner of the Federal Selection of Young Artists in 1980/1981 and, together with the same ensemble, won the Gaudeamus Concour in Rotterdam. He has been a member of Ensemble Modern in Frankfurt since 1985. Römer has been involved in several radio productions – e.g. ›seven seconds‹ (Hessian Radio 2001). He received the Intermedium Award of the Bavarian Radio in 2002 for his work ›Staubmarsch‹ (together with Ottmar Hörl and Dietmar Wiesner). In 2004 Römer was appointed professor at the Academy of Music and Performing Arts in Frankfurt. His radio play ›Oberman‹ (Hessian Radio 2006) was named ›audio play of the month‹ in March 2006. In 2010, Ensemble Modern Medien published his portrait CD ›Nemeton‹.