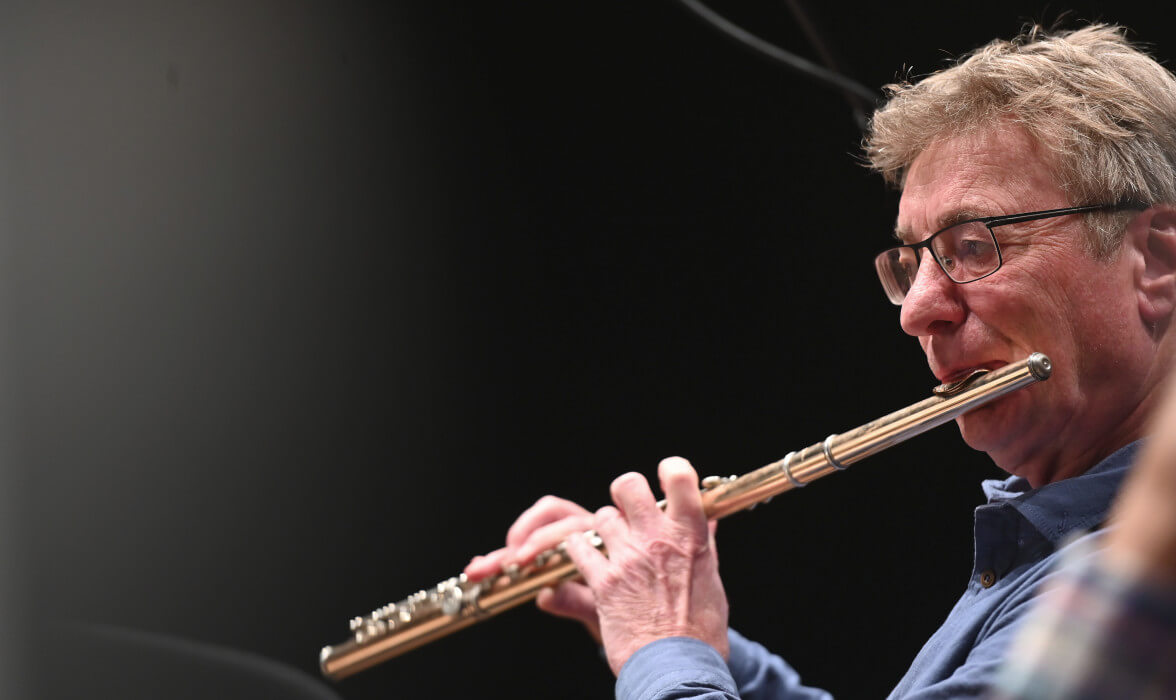 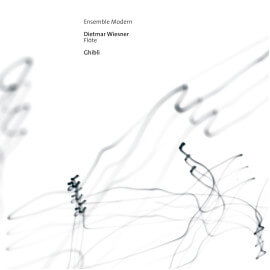 Dietmar Wiesner lives and works in Frankfurt, Germany. As a founding member and flutist of the Ensemble Modern, he has been involved in all the Ensemble’s artistic and organisational processes, and has worked with the most important contemporary composers of this age. He plays regularly in Europe and abroad with the Ensemble as well as appearing as a soloist with orchestras such as the SWR Symphony Orchestra Baden-Baden and Freiburg. His CDs include his interpretation of ›Solo‹ by Karlheinz Stockhausen in the Stockhausen Edition and ›Crippled Symmetry‹ by Morton Feldman (with Robyn Schulkowsky and Markus Hinterhäuser). As a composer, he has written for many music theatre productions such as ›Les Bacchantes‹ by Euripides for the Comédie Française in Paris, ›Die Leiden des jungen Werther‹ by J. W. von Goethe for the Deutsches Schauspielhaus in Hamburg and ›Mythos des Zerfalls‹, an installation of Samuel Beckett pieces including Not I for the Schauspiel Frankfurt. In 1994 he founded the composers group HCD Productions with Hermann Kretzschmar und Cathy Milliken. Together they have produced concerts and installations as well as the CD Migration, featuring the chamber music works of the American composer Paul Bowles, and the CD Surface Tension with chamber music by the British composer Howard Skempton. They also created the radio plays ›Denotation Babel‹ based on a text by Helmut Krausser and ›Cosmic Memos‹ based on texts by Italo Calvino for the Hessian Radio Frankfurt, for which they were awarded the Prix Italia as well as the prize for best direction by the expert jury of the Office for Literature of Northrhine-Westphalia. Together with the visual artist Ottmar Hörl and the musician and composer Rainer Römer, he won the first prize awarded by Intermedium II for the radio play ›Staubmarsch‹ commissioned by the Hessian Radio Frankfurt. In collaboration with Cathy Milliken he created the radio chamber opera ›Haus aus Stimmen‹, setting a libretto by Silke Scheuermann, for the ARD Radio Days in Karlsruhe 2007. In 2009 this work won the German Critics’ Award. In 2009 Dietmar Wiesner performed the world premiere of Mark Anthony Turnage’s composition ›Five views of a mouth‹ for Flute and Orchestra with the BBC Scottish Symphony Orchestra, Glasgow. In 2010 he was involved in the radio play production ›Die Blüte des nackten Körpers‹, featuring love poems from Ancient Egypt translated by Raoul Schrott, which he realised together with Cathy Milliken and Hermann Kretzschmar. Since 2005 he has been a teacher at the International Ensemble Modern Academy (IEMA). Furthermore, since 2007 he has been a regular guest docent and project leader for various education projects of festivals and musical institutions, e.g. ›lautstark‹ at Klangspuren Schwaz (Austria) and ›Zukunft@BPhil‹ at the Berliner Philharmoniker.