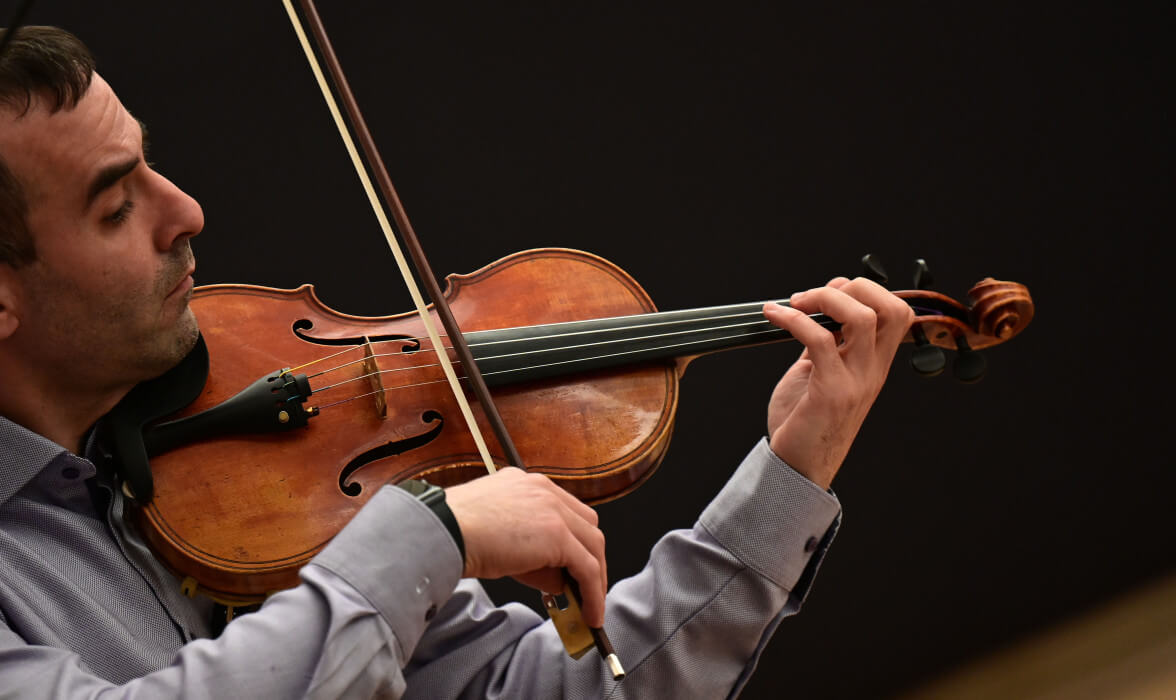 Giorgos Panagiotidis was born in Drama, Greece, in 1982 and started violin lessons with his father at the age of 5. At the age of 13 he won the first prize for young musicians at the Kocian violin competition in Ústí nad Orlicí of the Czech Republic. He was then accepted in the Academy of Music and Theatre in Munich, where he studied with Gottfried Schneider and graduated in 2004 with the loan of a Nicola Gagliano violin for two years. After graduation he joined Lydia Dubrovskaya's class and in 2007 he returned to Greece to take up the position of assistant concertmaster of the Athens Camerata - Orchestra of the Friends of Music. He has worked with many other ensembles, including the Ensemble Modern Frankfurt, and has collaborated with famous conductors such as Zubin Mehta, Pierre Boulez and Sir Neville Marriner. He has performed in many European concert halls, including the Concertgebouw Amsterdam, Herkulessaal München, Festspielhaus Baden-Baden and Salle Pleyel Paris. He is a founding member of the ERGON Ensemble and also a member of the Tetraktys Quartet and Ensemble Modern.